An overview of the expatriate market

The number of worldwide expatriates continues to increase. But what exactly defines an expatriate? And how do expatriates differ from the rest of the population?

The word expatriate derives from the Medieval Latin expatriatus, which is the past participle of expatriare (to leave one's own country). According to this definition, expatriates are people who have left the country they were born in and are living in another country. 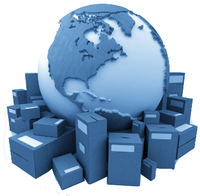 In many cases, the term expatriate refers to people that do not plan to reside in their new country permanently and normally retain their citizenship for practical purposes. In this strict sense, expatriates differ from ‘immigrants’ who usually plan to reside permanently in a new country and acquire permanent citizenship there. In addition, many people use the term expatriates only for skilled workers from developed countries who are temporarily working abroad (i.e. American expatriates in Spain), thus differentiating between expatriates and economic migrants who move abroad for socioeconomic reasons.

In reality, these distinctions are becoming more and more blurred. While the number of highly skilled expatriates from developing countries increases, there are also an increasing number of expatriates from developed countries that are moving abroad for retirement and other reasons. For example, there are today skilled workers from India working worldwide and and an increasing number North American expats retiring in Central and South America.

Due to the worldwide increase of expatriation, an increasing number of service providers now offer products and services that are specifically designed to meet the needs of expatriates. These include specialized expatriate health insurance schemes, expatriate banking solutions, expatriate tax advice, relocation and other services. This has also increased the demand for expatriate marketing solutions, since expatriates are hard to reach through traditional advertising channels.

In this section, we take a look at what expatriates are, where they are coming from and going to, their concerns and some of the longer-term expatriate trends that are developing worldwide.